When I was a boy, I read every science fiction and adventure book I could and elements from this early fictional baptism appear throughout the John Fastramp stories. At PS217 (k-6) in Brooklyn, I plowed through all of the oldies but goodies from Andre Norton, Raymond Jones, Arthur Clarke, Isaac Asimov to Robert Heinlein, E.E. Doc Smith and many more. I still love these books and occasionally will re-read The Skylark of Space or some of the earlier work by Robert Heinlein (not so much his later work though – perhaps the subject of a future post). Anyway, as I progressed through these early grades, my tastes changed, but my love for futuristic, speculative fiction never wavered.

Early in my literary journey, the books that captured my imagination were adventure stories with young protagonists and their small groups of friends: Tom Swift, Danny Dunn, The Hardy Boys, ‘Alfred Hitchcock’s’ The Three Investigators were all early favorites. Theses were formulaic books written by ghost writers and we can debate their literary merit but the targeted audience enjoyed those stories. When I wrote my first book, JOHN FASTRAMP AND THE DAKOTA 3000 CHALLENGE (2007), these stories had a significant impact on the pacing and general dynamic that I wanted in these stories.  But let’s back up for a moment. How did I get to John Fastramp and his friends?

My son was always passionate about cars. As a young boy, he owned tons of Hot Wheels miniatures, played racing car video games and drove foot-powered cars around the driveway. I even used to let him sit on my lap and steer the car into the garage (don’t tell my wife). When my son was a teenager, he had go-carts, as a college student he built Baja cars and raced them competitively (see them here).

Friends and family encouraged my son’s auto interest. One of our very good friends is a driver and writer. Every week, he gets a new hot car from the manufacturer so he can write a review – what a great job! Thanks to our friends, my son has grown up in everything from Porsches, Jaguars, electric vehicles (EV-1) to SUVs with built-in television and navigation systems (all long before they became widely available).

Here are some photos of some of these magnificent machines. 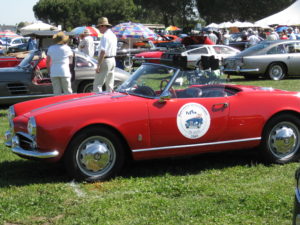 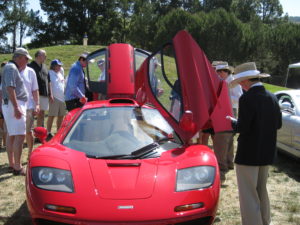 When I used to get my son ready for bed, he’d ask for a story. Naturally, given my son’s passion for cars, the stories focused on racing. But, I quickly realized I needed help because I’m terrible at naming characters. I asked my wife to help out, and it turns out she has a genuine knack for names. She quickly settled on John Fastramp, and his friend’s name: Tom Quickspeed. The villain was called Salem Darkstar (my favorite name) and Salem had his henchman – Kader and the toad.

Although the nightly Fastramp saga was initially intended as a fun way to prepare the children for bed, it developed a secondary role as a teaching tool to expose my children to new places and expand their horizons. John and his friends traveled the world, seeing strange lands and meeting all sorts of interesting characters. One night they were speeding along the great wall of China, the next night they could be in Australia swimming over the Great Barrier Reef. Eventually, John and his friends even traveled to other star systems.

As I wrote the first John Fastramp story, I drew on the fast-paced action adventure stories that I had enjoyed as a child. I tried to instill these tales with the same sense of fascination and enjoyment that I had when I first read Tom Swift or Danny Dunn.

Battle of the Books: A Racing Hero Arises

John Fastramp was first read (as a Word document) during my son’s fifth grade ‘Battle of the Books.’ The kids loved it! I was amazed by how interested they were in the characters, and although some thought it John Fastramp would only appeal to boys I was gratified to see that girls enjoyed it as well! I started a contest for John Fastramp artwork, and the kids drew some awesome pictures of John and his friends. See some of their drawings here.

At the conclusion of each book, the next book’s title in the series is always mentioned and I am often asked how I know what the next story will be about. The truth is that I always invent a title and subsequently write a story that supports it.  After JOHN FASTRAMP AND THE DAKOTA 3000 CHALLENGE was published, there were many requests for a sequel. I wasn’t sure what to write, but I knew it had to be JOHN FASTRAMP AND THE MYSTERY OF THE GHOST SPEEDWAY. So, in 2010, the adventure continued as John, and his friends raced in a magical race (the Ghost Speedway) set high in the Himalayan mountains.

True to form, I’m currently working on the third book in the series. I don’t know how it will unwind or where it will go yet but stay tuned for JOHN FASTRAMP AND THE RACE AGAINST TIME.